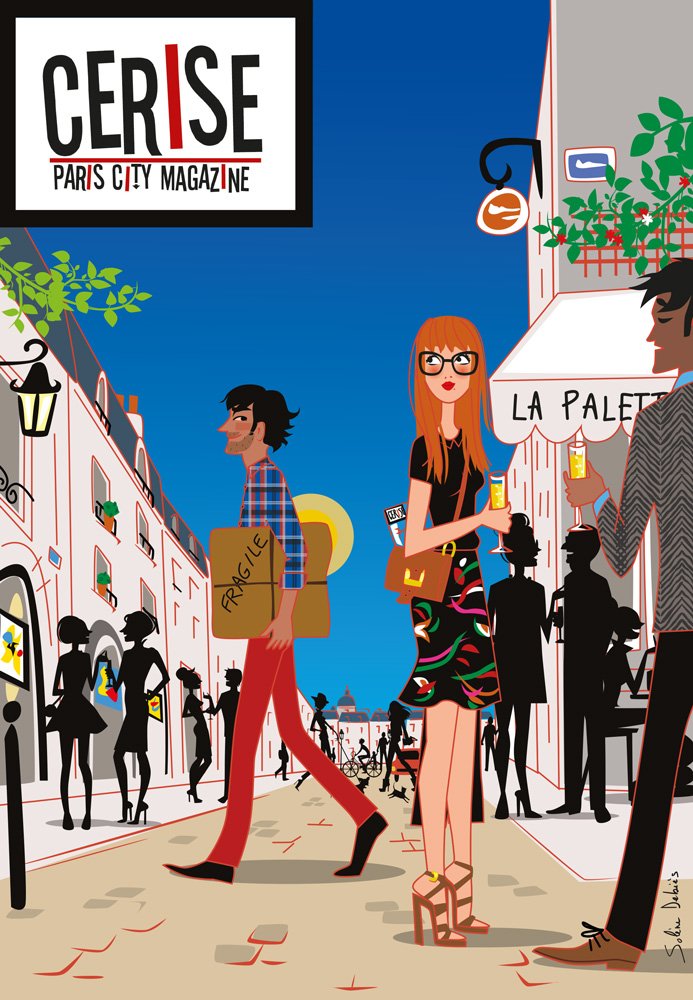 It has almost been two years since the parisian magazine “Cerise” asked me to create its cover.

“Cerise” is a “city magazine” whose roots draw its strength and inspiration from the intellectual and creative effervescence of Saint Germain des Prés: culture, History, it places to be, the coolest places on the left riverside… The editor Carole Fernandez distils a myriad of tips and news things that the Parisians, but also visitors are invited to discover.

For the launch of the magazine, Carole was looking for a French freelance illustrator to design the covers. She had discovered my drawings on my blog, and after having talked about it numerous times, I quickly put my pencils to work in order to show her my first sketches.

Carole always has a very precise idea of what she wants. The first cover figurates the newspaper salesman Ali doing his paper round and known as being a friend of famous people. The launch of a magazine is always a big leap into the unknown ! And it was a success ! It has now been more than two years that I have been designing the covers for Cerise, that you can find on my artist blog.

Parisian atmosphere at the end of the day

In this issue, Carole asked me to create a unique atmosphere in this illustration; in the late afternoon, when the sun goes down and the swallows begin to sing in the neighbourhood near “La Palette” area, which becomes the heart of a ballet that is played between the district art galleries and outdoor cafés.

Looks of men and women, lots of style, intrigues of life … you know! 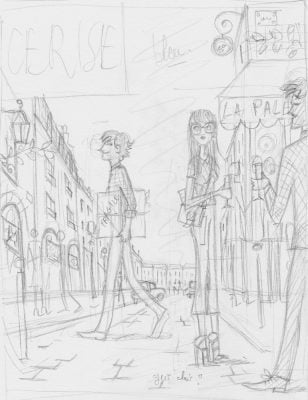 Here you'll find some illustrations i've made for Cerise:

Lifestyle and figurative picture of a luxury hotel 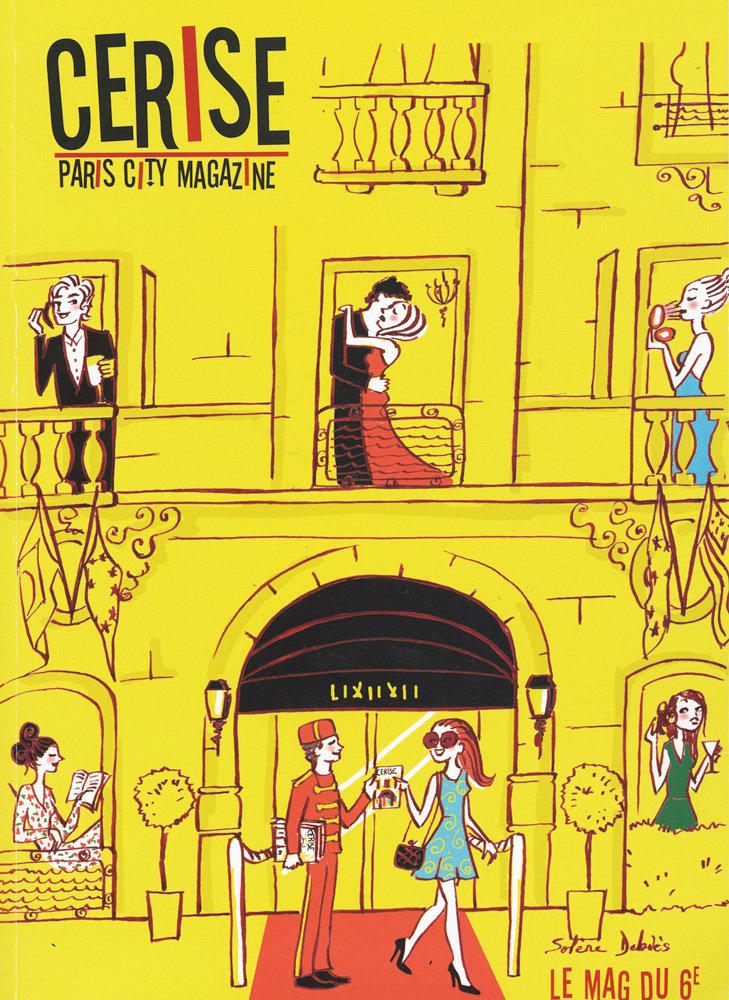 A woman in the city, Christmas time

A new love story in a literary café 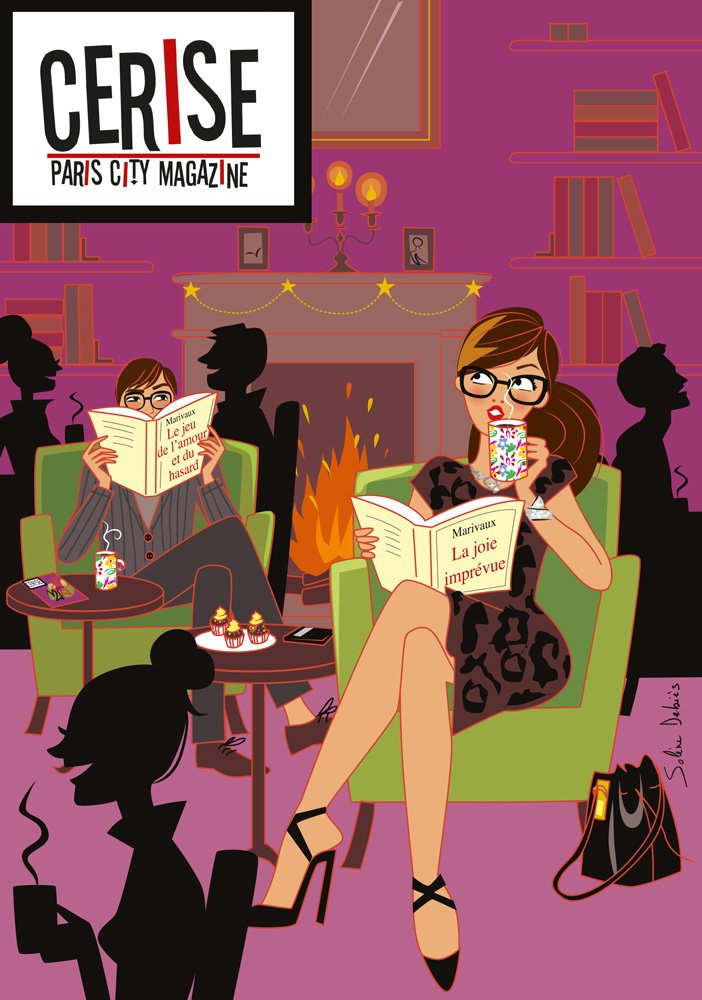