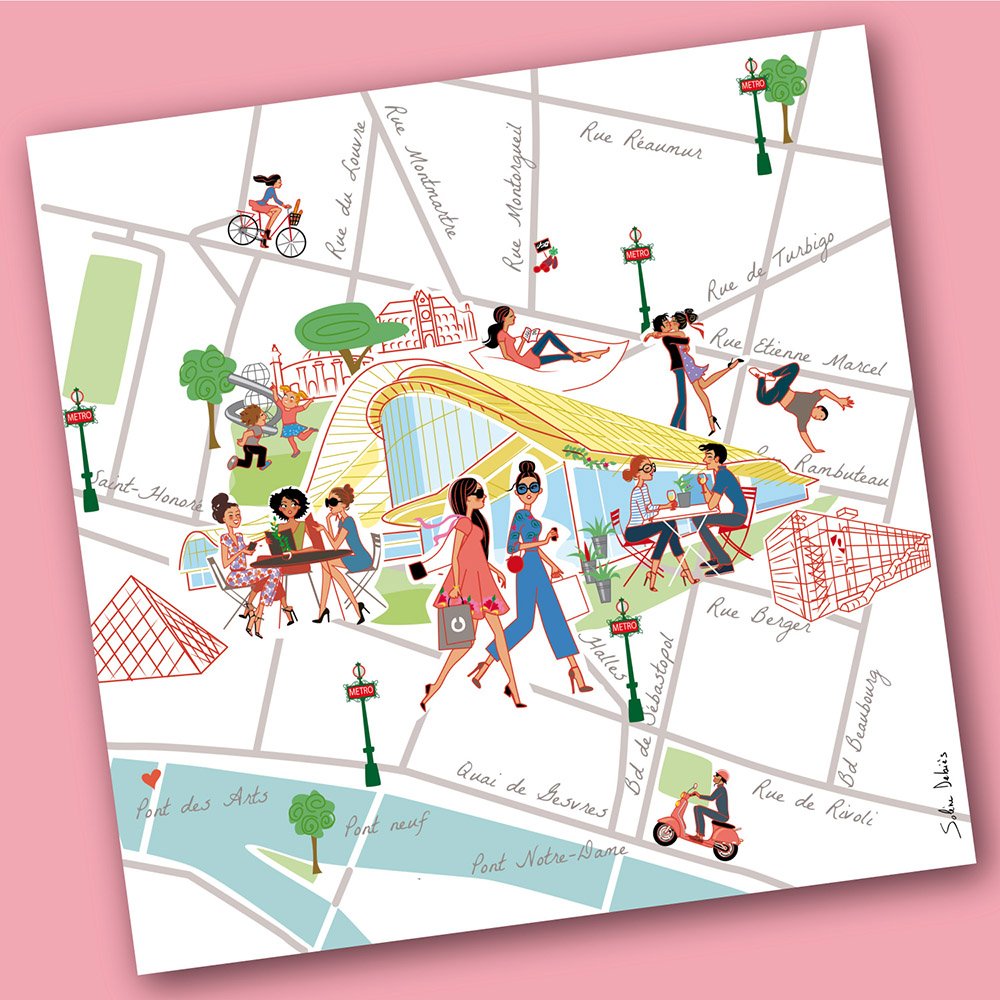 A location map for tourists and visitors in Paris

I have just created a site plan for the Forum des Halles neighborhood. This Paris illustrated map, which was commissioned by the Westfield Forum des Halles, must allow visitors, tourists or Parisians who are out and about, help them find their way in this hectic hub in the heart of Paris. The new Forum des Halles is home to a large shopping center, transportation (RER and metro), as well as offices, a cinema which has over 30 screens, gardens, an indoor swimming pool, restaurants, bars, and a multitude of activities…

The old “Halles de Paris” have always been at the heart of Parisian life. The strategic location, at the crossroads between “rue Saint Denis”, “rue Montmartre” and “rue Saint Honoré”, meant that Louis VI “The fat” chose this space to build a large hall in 1137! Since then, this district, at a time was called “Le ventre de Paris” meaning “The belly of Paris” in reference to the novel written by Emile Zola, has remained one of the most vibrant points in the capital.

A graphic representation of the district 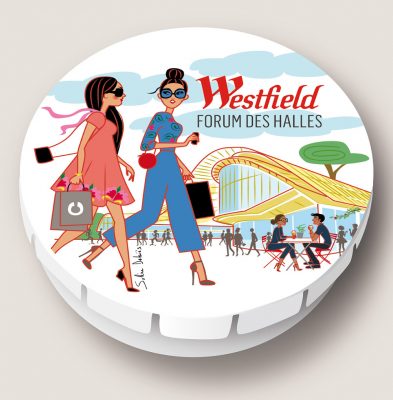 The recent transformation of the Forum des Halles – which allowed light to come in thanks to the canopy, completely redesigned the neighborhood. Always bordered by the famous Marais district and its small terraces, the very attractive “Georges Pompidou National Center of Art and Culture” or “Centre Beaubourg”, the gourmet “Montorgueil” street, the unmissable Louvre, and only two breaststrokes away from “Ile de la Cité”, the district today attracts a multitude of tourists and visitors. They come at the same time to stroll through its pedestrian streets, go shopping in trendy boutiques, or simply come to admire this unique architectural and landscaped object that sits in the center of the city of Light. However, finding your way around this maze of small streets and monuments is not always an easy task for those who are not familiar with Paris… Hence the idea of offering them a simple and legible illustrated map, which allows them to locate themselves in a glance and visualize the practical and touristic spots of the district.

Colors and graphic icons to find your way around the map

I first chose and drew the main arteries and streets that border the neighborhood: “Boulevard de Sébastopol”, “Rue de Rivoli”, “Rue du Louvre”, “Rue Etienne Marcel”, and a few important streets, such as “Rue Montorgueil” or “rue Berger”. The Seine and the “Ile de la Cité”, which allow you to locate yourself a lot quicker in the city, serve as a visual and graphic guide for all. The main access points by public transport are also included in this site plan: the “Louvre-Rivoli”, “Chatelet”, “Etienne-Marcel” tube stations and of course the “les Halles” station. Finally, the main monuments and tourist attractions: Beaubourg, the Louvre museum, Saint Eustache church and its gardens. The hectic life of the neighborhood is just as visible and in line with its representation: you’ll find lovers, groups of friends or colleagues seated on the patio of cafés, cyclists, dancers, children enjoying the games in the surrounding gardens …

In terms of colors, I had initially suggested a drawing with more vivid colors, but following a discussion with the marketing services of the shopping center, we went for colors that were a little plainer. The maps will be distributed in a multitude of Parisian tourist points (hotels, bars, restaurants …) but also in magazines and other media intended for visitors.

The design of a gift box

It was very well received to say the least. A few weeks after the finalization of the illustrated plan, visual and graphic elements were picked up again in order to carry out a new order for the marketing department of Westfield Forum des Halles: design a small candy box! The idea was to create a small goody to be given out free of charge to customers and visitors in the center. The brief was simple: extract the graphic universe from the site plan and adapt it to fit with the manufacturing and printing constraints of a small metal candy box, printed tone-on-tone. Now you must run to ask at the reception desk of Westfield Forum des Halles to see if there are any left, and take the opportunity to visit this new district in the heart of Paris! 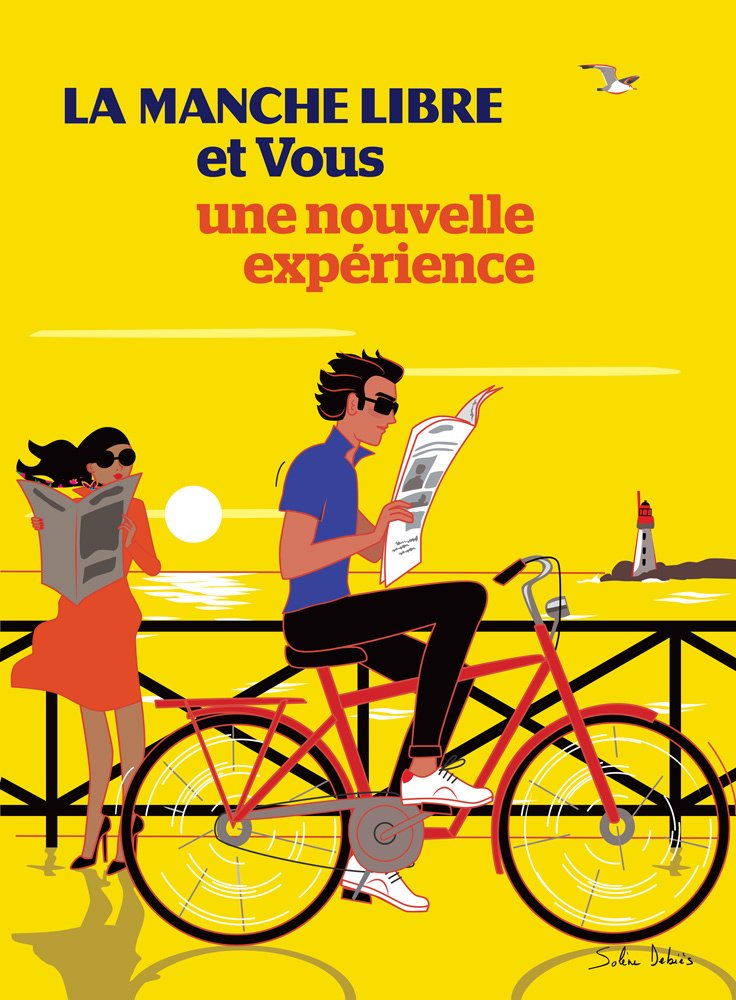